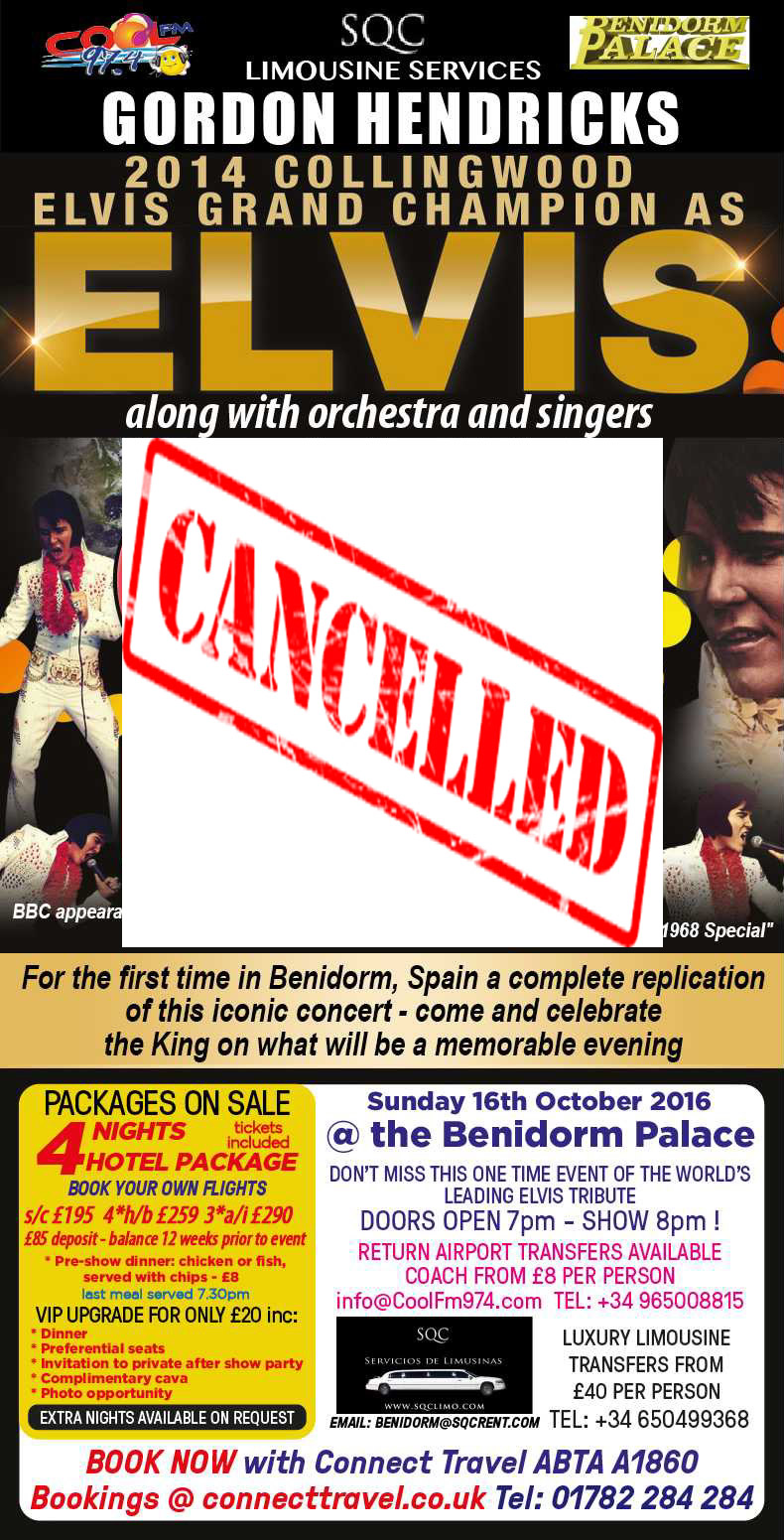 This event has now been cancelled.

This Elvis Tribute show “Aloha from Hawaii” comes to Benidorm on the 16th of October with award winning tribute artist Gordon Hendricks. The show replicates the show Elvis performed in Ohau Honolulu in 1973 which at the time made history as it was broadcast live worldwide via satellite.

The similarity of Gordon’s voice has impressed many, including songwriter Geoff Morrow. Geoff had previously written 5 songs for Elvis, four of them were recorded, “Sweet Angeline”, “Let´s be friends”, “This is the story”, and “A little bit of green” but  Elvis died before he could record the 5th song, “Where would I be”. After hearing Gordon sing Geoff signed him up to the Yellow Records Label.and recorded this last track with him.

You can enjoy this show and all of the unforgettable Presley hits live at the Benidorm Palace. Tickets are on sale from this web site or from our office in the Calle Gerona 48, 03503 Benidorm,  priced at 60€ Gold Vip (which includes a fish or chicken and chips meal) – 45€ VIP – 35€ General – 28€ Balcony & G.