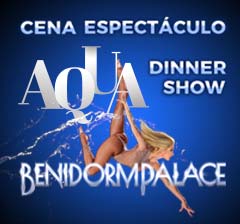 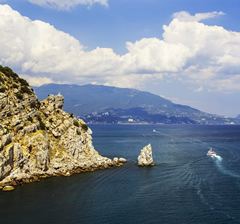 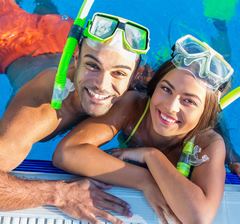 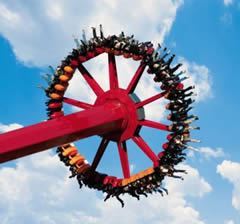 Discover nature at its finest just half an hour from Benidorm.

Famous for its beautiful beaches, Benidorm has many other attractions that make it the ideal destination for nature lovers and those who love outdoor activities.

Home of the tallest skyscrapers in Europe, Benidorm is sheltered by an amphitheatre of mountains, whose natural majesty form the scenic back drop to the coastline and protect it from the cold and wind.

Less than a half hour drive from the city, are various hiking routes worthy of a visit, with hidden treasures for nature lovers eager for a little outdoor adventure. Walking through the pines and oaks, along paths scented with lavender, rosemary and thyme becomes an experience which awakens the senses and purifies body and soul.

Easy to identify, the Puig Campana is the second highest peak in the Alicante province. Located in Finestrat, just 10 kilometres from the coast it rises to 1,408 meters and has given rise to many legends because of its unique form.

The missing piece at its peak awakens the curiosity of all and according to the legends was tossed into the sea creating what we know as Benidorm Island.

Its legendary groove attracts many to climb to its peak and contemplate the spectacular views of the enigmatic Island out at sea.

There are three routes you can take: “Volta de la Serra” is the most common route to the peak, the second route “Ascension Puig Campana is a bit more complex and the third route is the “Cami de la Cove del Roget”.

The routes are classed as low to medium difficulty so they are apt for all hikers and the duration of the routes vary between 4 to 6 hours depending on the route chosen. All routes start from the Font del Moli.

If you want to enjoy a country walk by the sea without leaving Benidorm, then visit the Sierra Helada Nature Park. With spectacular 300 meter vertical cliffs, the park covers three towns, Benidorm, L’ Alfas del Pi and Altea.

There are different routes, but the most interesting runs along the edge of the cliffs from Benidorm to Albir. Starting at the cross, the route continues on until the entrance to the Light House in Albir, the route is hilly which breaks the monotony of the long ascending route.

This 9 kilometre, 4 hour hike offers spectacular views as well as fossil dunes and unusual vegetation.   If you prefer a leisurely stroll with your family, your best bet is to take the popular route to the Lighthouse in Albir.

This route does not require great physical effort and is easily accessible. It takes approximately one hour in total to complete the round trip of the approximately 3 kilometres route. The path takes you past charming coves and the old ochre mine and from the viewpoints you can clearly identify the Bay of Altea and the imposing Peñon de Ifach of Calpe.

In Altea there is another exciting alternative for your outdoor adventure, the Sierra Bernia Mountain. Its sharp peak extends perpendicularly from the coast, inland, acting as natural border between the Marina Baixa and Marina Alta areas.

A spectacular rock formation, 11 kilometres from East to West, it covers 1,900 hectares and the towns of Altea, Calpe, Callosa d'Ensarria, Benissa and Jalon (Xaló). Its highest point is 1,128 meters above sea level and from the peak you can see the entire coastline from the Cape La Nao in Javea to the port of Alicante. On a clear day you can see the island of Ibiza.

On the Southern slope of the Sierra Bernia you will find Fort Bernia, which served firstly to prevent the riots of the Moors and secondly to defend the coastline from the frequent pirate attacks. The construction of this fort was ordered by Felipe II in 1562. In this historic fort, located 800 meters up the mountain, you can still see some architectural remains of walls, domed buildings, moats and towers from the fort.

Nature’s incredible beauty and creativity surprises us once again with unique geological formations such as the “Forat Bernia”, a hole carved through the mountain approximately 1,000 metres up. The sensations you experience as you pass through this natural tunnel are incredible. In certain areas you have to squat to get through until the cavity widens, the sunlight streams in and the immensity of the sea unfolds before your eyes.

Another option is the Ponoig, known locally as the Sleeping Lion because of its shape. It stands majestically in Polop de la Marina, guarding the area only 20 minutes from Benidorm. This impressive vertical mountain reaches 1,181 metres and attracts climbers to the area every year willing to climb its walls and conquer the summit.

The walls of the Ponoig rise 600 meters in height and the reddish colour of the rock have given rise to its nickname the Spanish Dolomites. Both traditional climbing and sports climbing are practised on the Ponoig and there is a Via Ferrata, a route equipped with fixed cables, stemples, ladder and bridges, for those who want to conquer the heights.

However, the Ponoig also offers the possibility of less risky walks along its paths. The Xirles Ravine (Chirles Ravine) the climb to Ponoig via Margoch, the Collado del Llam, el Salat & L’Almassera are just some of the most common routes, each with a degree of difficulty, which range from one and a half hours up to four hours if you want to take in the views that the sleeping lion offers from its peak.

If you want to ascend to the highest peak in the Alicante Province, then this is your challenge.

The Sierra Aitana mountain range, to which the Puig Campana and the Ponoig form a part, rises to 1,558 metres in height. One of its major geological formations can be found just before reaching the peak, the Rabosa Pass.

A crack in the huge mass of stone just big enough for one person to pass from one side to the other. At the foot of the mountain as if to reward your efforts is an area known as the Fountain of Partegat with picnic and barbeque areas perfect for a day out in the country. 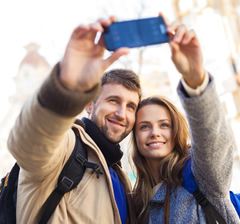 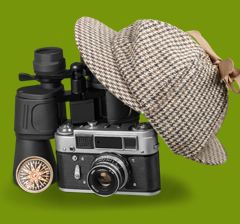 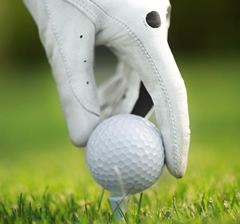 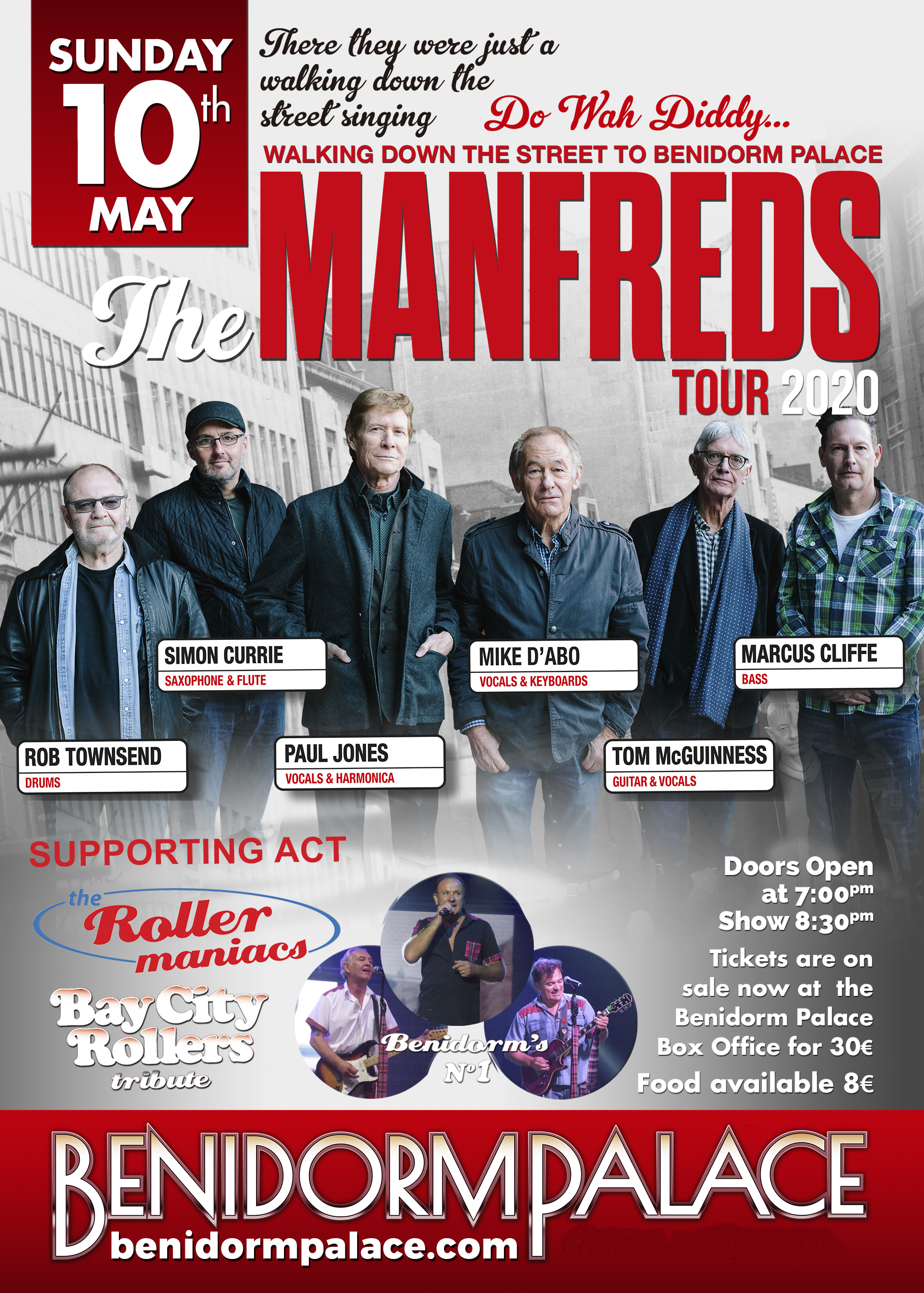 A blast from the past!

If you remember the Bay City Rollers and Manfred Man this is the night for you.