Benidorm is the inspiration for a red wine. 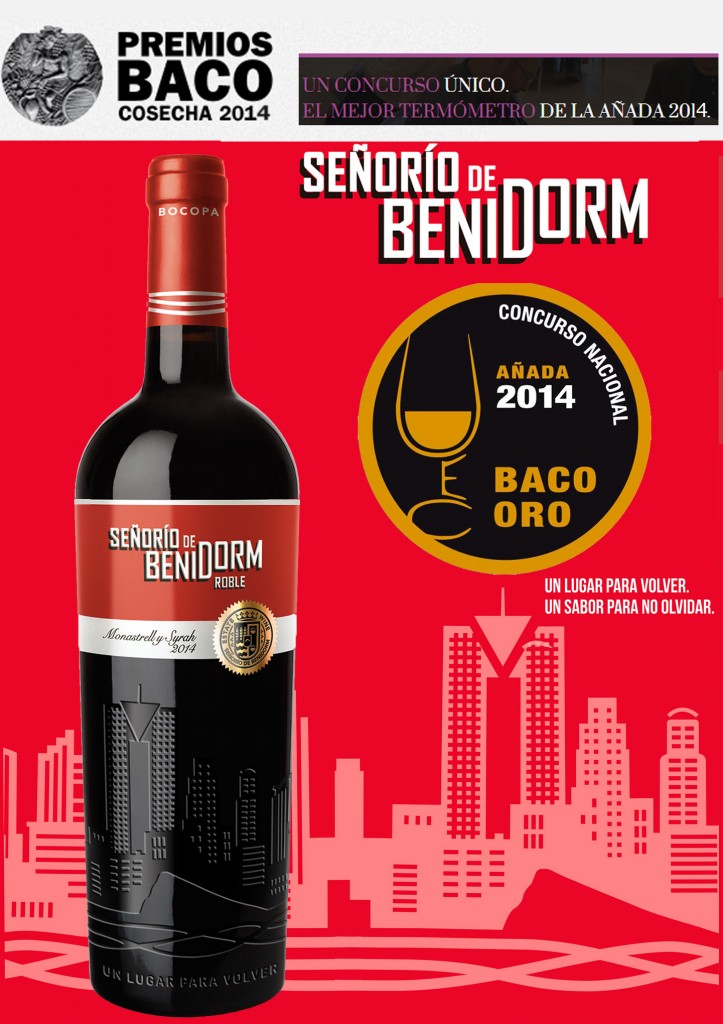 The Bodegas Bocopa in Petrer is one of the most important wine producers from the Alicante area.

A co operative which produces, bottles and markets 60% of the wine produced in the Alicante region, they have received both national and international recognition for their wine.

The most recent product from Bodegas Bocopa is the Señorio de Benidorm, a red Mediterranean wine inspired by the famous city, presented in a specially designed  bottle with Benidorm’s famous skyline, Benidorm Island and the Mediterranean sea embossed on the glass, bottling the sun of Benidorm and promoting the city worldwide.

The wine, a blend of Monastrell and Syrah grapes matured over a 100 day period in French, American and Hungarian oak barrels, has just been awarded the Premio Baco by the Spanish Tasters Union and will support a local Benidorm Charity “Doble Amor” by donating 1% of its profits to the centre for people with intellectual disabilities.

Bodegas Bocopa also produce the award winning Marina Alta, Laudum Roble and Laudum Crianza 2012.  Their white wine the  Marina Alta  is the white wine with the most awards in Spain.